Daam-K'vosh:
Children of the God. The pure species. They have never seen face to face, only by mind communicating. After they created the Nomads, or as they called theme, Slomon'Khara, they desided to go against their creators. Since they built most the buildings the Daam-K'Vosh used, they were able to fight theme out of Sirius. The Dom'Kavash constructed Hyperions, which allowed theme to go to go to RKS. Since they were very friendly, the people who lived there didn't fight theme.
To read the original background story of the Daam-K'Voshclick here.

Victory:
Many of us asked: "What happened to the Coalition after the war?" Well we gives an answer: The Nomads destroyed Sol, so like our known colonies, they had to leave it. They spreded in few systems arround Sol, and sent a Sleeper ship for farther spred. They used the hyper-liftoffs the Nomads left because their hyper-techs were destroyed. They built a few stations arround what was left of Sol (New Earth...), and restored their lives after the disaster. They called themselves "Victory" (победа) as a memory of their victory in the big war of Sol. This name came up as soon as they found out about the sattlement in Sirius sector when they discovered the Omega systems on Walker nebula and met the Hispania colony.

Hispania:
After 17 years of collecting resources, the Corsairs finally managed to create an army. An army big and strong enough to conquer.
A war began, a war between the leagal and the illeagal, a war between the Corsairs and the corporations in the Omega systems.
With help from Rheinland, they fought against the Corsairs and failed.
The corsairs managed to get domination on Omega-41, Omega-11, Omega-5, (half of) Omega-16(new) and Omicron Iota(new), in addition to Omicron Gamma - their home system.
It was the era of the Corsair Empire. They were glad to finally call themselves the Hispania colony! 1 year after defeating Rheinland, they decleared alliance. Rheniland said: "If you can't beat them, join them!". 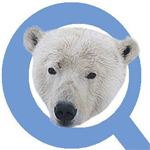